Wildlands: The Unquiet Dead
In Stock! 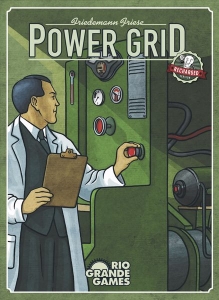 After 15 years, Power Grid, the hugely popular and award-winning game, is being upgraded. In March, Power Grid: Recharged Edition (RGG 559) will replace Power Grid (RGG 240). Small but meaningful improvements have been made to the game including updated rules to improve gameplay, an updated player order tracker, new reference cards, and a discount token to enhance power plant auctions. Power Grid: Recharged Edition will be compatible with all previous Power Grid expansions. 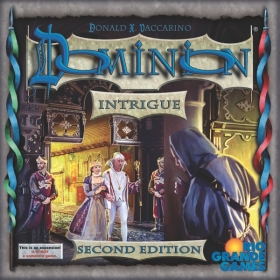 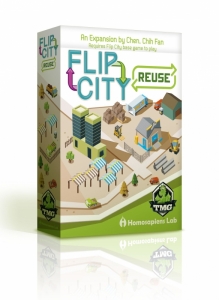 The first expansion to the card game Flip City, Reuse adds 2 more card stacks to buy from for a total of 4 new buildings:

The Plumber Shop allows you to force each opponent to discard the top card (which is public knowledge) or the bottom card (which you do not get to look at beforehand) of their deck. You chose top or bottom and the effect is applied to all opponents.

The Renewal Agency provides 3 cash which can only be spent towards the flip cost portion of Flip and Develop actions.

The Flea Market can be voluntarily left in your discard pile when shuffling. Furthermore, it has the 'recycle' symbol on the starting side which means it can be recycled (turned over while in your discard pile) to provide 1 additional cash. Remember that you can only recycle during the "Play Cards" phase.

The Recycling Bin has no effect when played. However, when you pay its flip cost to turn it back into a Flea Market, you may flip an additional card that turn.