Watson & Holmes: From the Diaries of 221B
Out of Stock

The objective of the game is to immerse yourself in the Victorian world depicted in each story. Visit the right places, decipher the clues, and above all find the path that leads you to solve the mystery before anybody else. Victory goes to the player who accurately uses the deductive reasoning so famously and ingeniously implemented by the hero of 221B Baker Street.

The game consists of a series of separate cases, each of which raises a number of questions that each player tries to solve before anyone else. To do this, once the case and the questions have been read aloud, players proceed to visit the locations where the clues are located. Each location cannot be accessed by more than one player at any one time, so if two or more players want to go to the same place, the player who travels there the fastest (i.e., he who uses the largest number of Carriage Tokens) gets the clue, forcing the others to go to a different location. Once every player has a destination, they proceed to read in secret the clue that was discovered at that location. They can discreetly take any notes they deem appropriate. Once this is done, the cards are returned to their place so that others can read them in later turns.

This procedure is repeated during each turn until one player believes he has found the solutions to the case; at that time, he must go to 221B Baker Street to check if his answers are correct. If all the answers are correct, the player wins; if they are wrong, he will have lost and retires from the game, and the game continues.

Each detective will also have the invaluable assistance of a number of Sherlock Holmes' allies, above all, the good Dr Watson and of course of the detective himself. 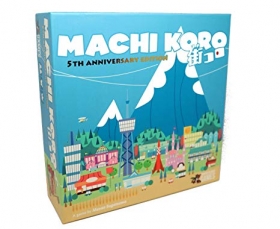 Welcome to the city of Machi Koro. You've just been elected Mayor. Congrats! Unfortunately the citizens have some pretty big demands: jobs, a theme park, a couple of cheese factories and maybe even a radio tower. A tough proposition since the city currently consists of a wheat field, a bakery and a single die.

Armed only with your trusty die and a dream, you must grow Machi Koro into the largest city in the region. You will need to collect income from developments, build public works, and steal from your neighbors' coffers. Just make sure they aren't doing the same to you!

Machi Koro is a fast-paced game for 2-4 players. Each player wants to develop the city on their own terms in order to complete all of the landmarks under construction faster than their rivals. On their turn, each player rolls one or two dice. If the sum of the dice rolled matches the number of a building that a player owns, they get the effect of that building; in some cases opponents will also benefit from your die (just as you can benefit from theirs). Then, with money in hand a player can build a landmark or a new building, ideally adding to the wealth of their city on future turns. The first player to construct all of their landmarks wins! 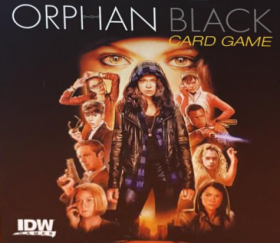