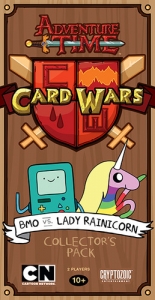 Adventure Time: Card Wars is the most epic card game ever found in the Land of Ooo, or anywhere for that matter! In the Adventure Time episode "Card Wars", Jake begs Finn to play his favorite trading card game. Finn accepts, despite warnings from Beemo on how very competitive Jake can be while playing the game. Finn and Jake battle against each other to decide who will be the Dweeb and who will be the Cool Guy.

Now fans can play the actual Card Wars game in Adventure Time: Card Wars - BMO vs. Lady Rainicorn, with all of the action taking place in four combat lanes. 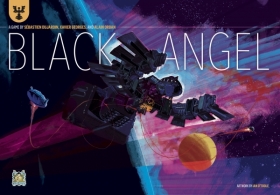