The Thing: The Boardgame
Out of Stock

The Thing is a game that mixes different mechanisms to create an experience that is as faithful as possible to that of the original film. It is a "hidden role" game, in which one player is initially the Thing and the others players are humans. The purpose of the Thing is to infect others, to prevent the survivors from escaping from the base (which can happen three different ways), or to try to escape with them by behaving as a human.

In addition to these elements, players also have to manage Outpost 31. On the map are the same rooms as seen in the film, and each of these rooms allows players to perform a different action. Human players have to feed themselves and keep the boiler and the generator on to avoid being in the cold and dark. The Thing will try to sabotage these places to make life difficult for humans...or not, trying to camouflage itself among the humans and infect them when the perfect opportunity presents itself.

The goal of the game designers was to bring the same personal emotions and paranoia that the protagonists of the film experienced to the gaming table. 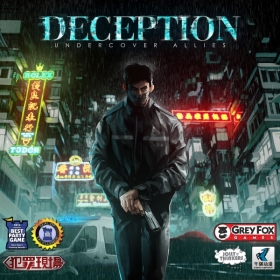 A tremor of fear ripples through the population in the streets of Hong Kong. Word is out that a recent string of murders may have been committed by one of the very investigators charged with solving them. The police are bringing in more help. Behind the scenes, the killer is recruiting too.

In Deception: Undercover Allies, new roles give special powers to both teams. More means and clue cards increase the possible solutions to the crime. Fresh scene tiles bring more life to the forensic scientist’s descriptions. And a new event challenges the already tenuous trust which exists among the investigators.

With so many new variables, both sides will have to find new ways to deal with the deception that surrounds them. 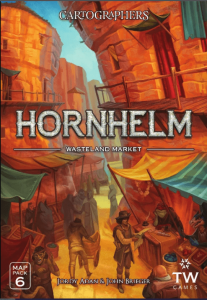 Deep in the barren wastes lies the famed Saurian market at Hornhelm, where merchants from across Ulos gather to hawk their wares. On display are fine fabrics, aromatic spices, and a variety of impressively crafted goods. Of particular interest to you are the merchants selling specialized gear that can increase the speed of your labour and the accuracy of your maps. Improve your tradecraft by equipping yourself with items from the wasteland market.

It includes 150 double-sided new map sheets featuring a market to purchase items and 6 merchant cards, a new card type specifically for use with this map pack. Players receive two sheets - one on the map side (front) and one on the market side (back) - and purchase items for ongoing effects and reputation stars at the end of the game. 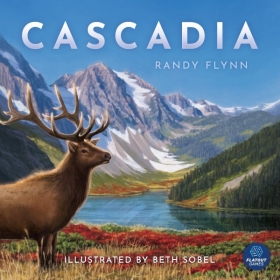 Cascadia is a puzzly tile-laying and token-drafting game featuring the habitats and wildlife of the Pacific Northwest.

Ideally you can place habitat tiles to create matching terrain that reduces fragmentation and creates wildlife corridors, mostly because you score for the largest area of each type of habitat at game's end, with a bonus if your group is larger than each other player's. At the same time, you want to place wildlife tokens so that you can maximize the number of points scored by them, with the wildlife goals being determined at random by one of the three scoring cards for each type of wildlife. Maybe hawks want to be separate from other hawks, while foxes want lots of different animals surrounding them and bears want to be in pairs. Can you make it happen?