Survive: The Giant Squid
Out of Stock

This is a mini-expansion for Survive.

There has long been a debate in the scientific community: which creature is mightier, the Whale or the Giant Squid?

At long last, you can decide! The whale and the Giant Squid are pitted against each other here in battle! But wait ... Will they attack each other? Or will they attack the poor Atlanteans and their boats? Let the battle begin! 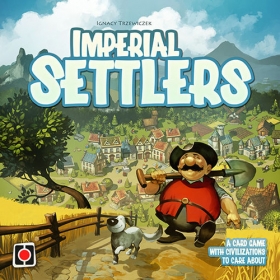 Settlers from four major powers of the world have discovered new lands, with new resources and opportunities. Romans, Barbarians, Egyptians and Japanese all at once move there to expand the boundaries of their empires. They build new buildings to strengthen their economy, they found mines and fields to gather resources, and they build barracks and training grounds to train soldiers. Soon after they discover that this land is far too small for everybody, then the war begins...

Imperial Settlers is a card game that lets players lead one of the four factions and build empires by placing buildings, then sending workers to those buildings to acquire new resources and abilities. The game is played over five rounds during which players take various actions in order to explore new lands, build buildings, trade resources, conquer enemies, and thus score victory points. 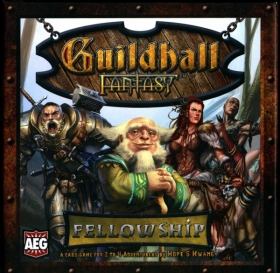 Do you have a thirst for adventure? Is your middle name danger? Do you just like treasure? Form a party of adventurers to help you be victorious! The more members of each class you have, the greater the bonus they'll give you - but be careful; your opponents might try to poach your party members!

In Guildhall Fantasy: Fellowship, 2-4 players compete to create the perfect party by recruiting adventurers into their guildhall chapters. Collect sets of cards with unique abilities to control the table, and complete a full chapter to claim victory cards. Will you go for points quickly, or build up your special powers? Which will lead to ultimate victory? Only you and the gamemaster know! 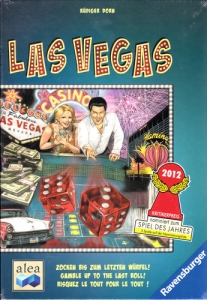