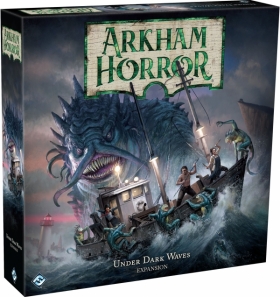 Cold salt waves beat on the New England coast and thick fog rolls in off the bay, obscuring the small fishing hamlets that nestle in the darkness. Dark things creep along the shoreline, strange lights glide deep beneath the surface of the Atlantic, and the pallid villagers go missing with disturbing regularity.

Under Dark Waves is a new large box expansion for Arkham Horror, taking your investigations beyond the town of Arkham to the other ill-fated towns of Massachusetts. 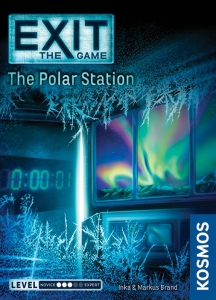 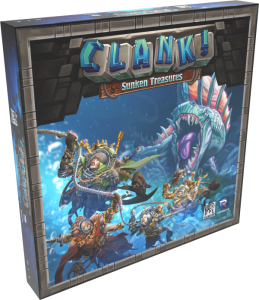 In Clank! Sunken Treasures, an expansion for Clank! A Deck-Building Adventure, players explore two partially flooded maps with new dungeon deck cards, a new persistent monster to defeat, new environmental challenges, and more as they venture in the watery depths!

The challenge to prove your thieving skills has moved to new environments. You’d better know how to swim as several rooms you'll face have been completely flooded with water. Plus, of course, there's always an angry dragon to avoid...