Star Wars: Imperial Assault – The Bespin Gambit
Out of Stock 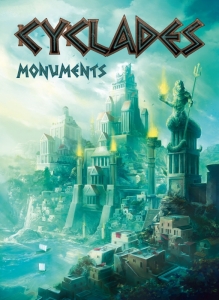 Reinforce your cities in the Cyclades archipelago!

Attract more favors from the Gods with Cyclades: Monuments, a mini-expansion for Cyclades that consists of ten monument miniatures and ten associated monument cards. Now you can build temples dedicated to Zeus or Poseidon's glory, a great university to Athena, or a citadel from which Ares will watch down with each of these new buildings giving you a unique power to achieve victory! 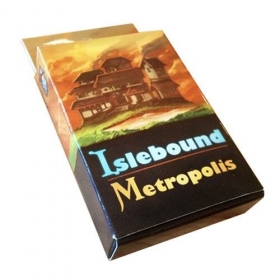 Metropolis cards have an orange sunset background. When you play with this expansion, you set up an extra row of cards above the normal building cards. Only three cards are available to purchase, and they require you to have one, two, or three books (depending on where they are in the row). You also must have one normal building for every Metropolis building you own. Because they're a little harder to get, each Metropolis card is worth +1 renown. 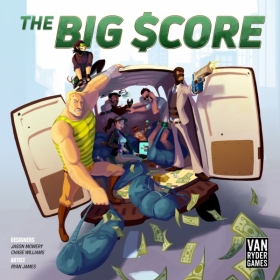 The vault at Centennial City Bank is currently rumored to be holding a record amount of cash, precious diamonds, ancient artifacts, and highly-sensitive digital information. As the boss of one of the city's most notorious crime organizations, robbing that vault for all it's worth is constantly on your mind. There's only one problem—this job is too big for just your crew alone. You're going to need help from some of your biggest rival crime bosses if you want to succeed. You'll need to join forces on a series of smaller jobs in order to acquire the skills and resources you'll need to pull off the biggest heist the city has ever seen—but watch your back! Once you and your new partners in crime are inside the bank vault, it'll be every boss for himself. If you manage to safely escape the scene with more loot than your rivals, you'll be revered as the city's most notorious crime boss. Hire your crew, plan the heist, and get ready for the big score!

The Big Score is a competitive game for 1-6 players that plays in 30-60 minutes. The game is structured into two distinct halves.

In the first half of the game, players use card drafting to carefully choose which specialists to add to their crew. They secretly decide how to assign them to various small heists throughout the city, and they need to pick just the right moment to send in their most skilled expert to ensure a job's success! If these plans go well, players steal a variety of loot: cold hard cash, diamonds that escalate in value as more are gained, artifacts that are profitable for the player with the largest collection, and hard drives full of information that become lucrative only if hacked with a digital key.

In the second half of the game, individual player abilities come into play as the players attempt the mother of all heists—the big score. Players risk being busted by the cops as they steal even more loot in an exciting, press-your-luck grand finale inside the vault at Centennial City Bank!