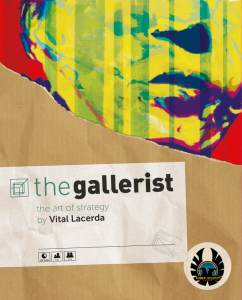 This age of art and capitalism has created a need for a new occupation - The Gallerist.

Combining the elements of an Art dealer, museum curator, and Artists’ manager, you are about to take on that job! You will promote and nurture Artists; buy, display, and sell their Art; and build and exert your international reputation. As a result, you will achieve the respect needed to draw visitors to your Gallery from all over the world.

There's a lot of work to be done, but don't worry, you can hire assistants to help you achieve your goals. Build your fortune by running the most lucrative Gallery and secure your reputation as a world-class Gallerist! 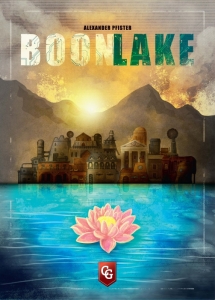 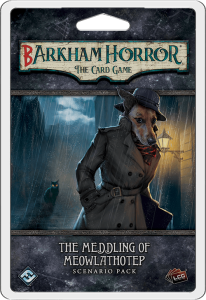 Barkham Horror: The Card Game – The Meddling of Meowlathotep

Barkham Horror is an alternate universe in which the conflict between humanity and the eldritch forces of the Mythos takes a back seat, and the conflict between dogs and cats takes center stage. In Barkham Horror: The Card Game – The Meddling of Meowlathotep, a 78-card standalone scenario pack, the investigators must stop Meowlathotep, the Prowling Chaos, Meowsenger of the Outer Feline Gods, who is terrorizing the city of Barkham. Only a few precious pups can defeat the various Meowsks of Meowlathotep and prevent them from destroying Barkham and the world!

When this adventure kicks off, you are hot on the trail of a cat conspiracy. A catspiracy, if you will. Dogs all across town report seeing strange, unnatural cats prowling the streets of Barkham, and each day more and more pigeons are going missing. You've picked up the scent of something big, and once you sink your teeth into a story, you just can't let go. A little wet fur has never stopped you from finding the truth. Perhaps if you investigate the areas of Arkham most plagued by these sightings, you can root out the cat‐monsters that dwell within.