A curse has been placed on the Valley of Life. Hearing the spirits of nature cry out for aid, clans of druids have arrived, determined to use their blessings to heal the land and rescue the spirits. It will require courage and also caution, as the curse can overwhelm the careless who wield too much power.

In Mystic Vale, 2 to 4 players take on the role of druidic clans trying to cleanse the curse upon the land. Each turn, you play cards into your field to gain powerful advancements and useful vale cards. Use your power wisely, or decay will end your turn prematurely. Score the most victory points to win the game!

Mystic Vale uses the innovative "Card Crafting System", which lets you not only build your deck, but build the individual cards in your deck, customizing each card's abilities to exactly the strategy you want to follow. 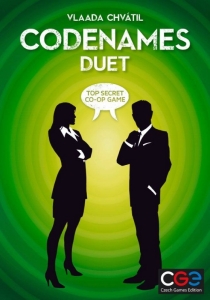 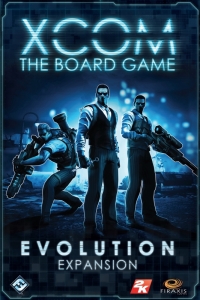 XCOM: The Board Game – Evolution

Hello, Commander. The war continues – at great cost. We now believe another force is at work against us. If not dealt with swiftly, it could destroy us…

XCOM: Evolution is an expansion for XCOM: The Board Game that complicates your war effort with new missions, enemies, and invasion plans, as well as mechanics that make your struggles more dangerous than ever. As the alien forces spread and peril increases, the sinister humans of the EXALT seek to take advantage of the chaos to infiltrate and destroy XCOM from within. Their treachery leads to new challenges, and you'll face new crises, you'll find your work subverted, and you'll have to deal with new threats to the very resources you need to win the war.

Fortunately, your team has also made some advances since the war began. The discovery of the mysterious alien substance known as Meld promises to unlock some astonishing breakthroughs in the field of biomechanics. And XCOM: Evolution allows you to pursue some of these advances, potentially bringing formidable new weaponry to the field in the form of MEC Troopers!