Kingdomino: Age of Giants
Out of Stock 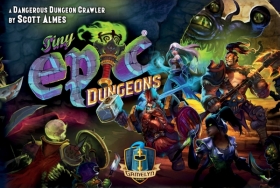 Tiny Epic Dungeons is a fully co-operative dungeon crawler for 1 to 4 players set in the fantasy world of Aughmoore.

In Tiny Epic Dungeons, players control a band of Heroes exploring a treacherous dungeon in search of the fearsome Dungeon Boss. Heroes make their way through the dungeon one room at a time. Around every corner goblins and ferocious minions seek to block the Heroes’ path. Where there isn’t an enemy, traps are set, ready to spring on even the most prepared Hero.

Tiny Epic Dungeons features a modular dungeon that is unique with each play. 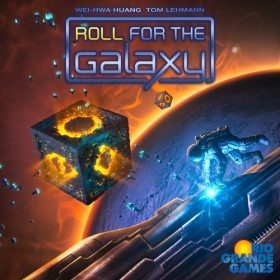 Roll for the Galaxy

Roll for the Galaxy is a dice game of building space empires for 2-5 players. Your dice represent your populace, whom you direct to develop new technologies, settle worlds, and ship goods. The player who best manages his workers and builds the most prosperous empire wins!

This dice version of Race for the Galaxy takes players on a new journey through the Galaxy, but with the feel of the original game.