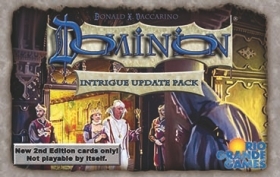 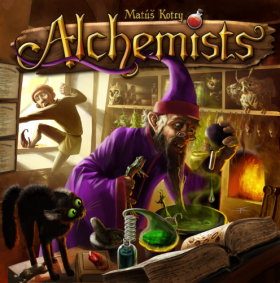 Mandrake root and scorpion tail; spongy mushroom and warty toad — these are the foundations of the alchemist's livelihood, science, and art. But what arcane secrets do these strange ingredients hide?

Now it is time to find out. Mix them into potions and drink them to determine their effects — or play it safe and test the concoction on a helpful assistant! Gain riches selling potions to wandering adventurers and invest these riches in powerful artifacts. As your knowledge grows, so will your reputation, as you publish your theories for all to see. Knowledge, wealth, and fame can all be found in the murky depths of the alchemist's cauldron.

The Lord of the Rings: Journeys in Middle Earth – Shadowed Paths Expansion

Expand your adventures across Middle-earth with the Shadowed Paths expansion for The Lord of the Rings: Journeys in Middle-earth! This expansion adds new heroes, enemies, terrain, and items to all of your adventures, unlocking more ways for you to explore this iconic land. Meanwhile, an all-new campaign containing thirteen scenarios invites you to walk the tangled paths of Mirkwood and venture into the shadowed halls of abandoned Moria to face ancient evils. Will you heed the call? Prepare your heroes and brave the terrors of Shadowed Paths!