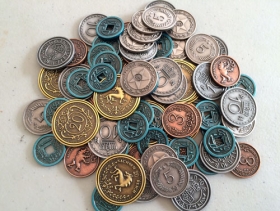 Crafted of zinc and designed specifically for Scythe by artist Jakub Rozalski, these 80 custom metal coins come in denominations of $1, $3, $5, $10, and $20. 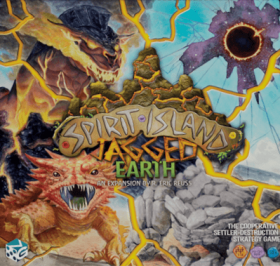 Peril racks Spirit Island. The invaders are more numerous and more capable than ever before. As hope begin to fade, defense of the island falls to those spirits more in tune with the danger and chaos of the natural world. Will you be able to harness their power to protect the island or will it fall to the persistence of the invaders? Whatever the outcome, Spirit Island will never be the same after the time of Jagged Earth!