Descent: Journeys in the Dark (Second Edition) - Heirs of Blood

Descent: Journeys in the Dark (Second Edition) - Heirs of Blood
Out of Stock

Descent: Journeys in the Dark (Second Edition) - Heirs of Blood

The lost heir to the kingdom of Saradyn has come forth, but without protection, he will surely fall prey to the deadly temptations of Lady Eliza Farrow, a vampire and the rival claimant to the kingdom. Only the swords of Terrinoth's heroes can protect the heir and lead him safely to his rightful throne!

Heirs of Blood is a campaign book for Descent: Journeys in the Dark Second Edition, offering a completely new campaign playable with the Descent Second Edition Core Set. This campaign book offers thirty-two completely new encounters telling the tale of the heroes' quest to keep Eliza Farrow from taking command of the hidden kingdom of Saradyn. In this campaign, every decision matters and the outcome of every quest has drastic consequences for the resolution of the campaign. Defend the heir to the throne and destroy the forces of the overlord! 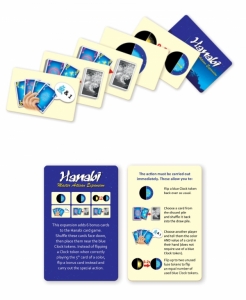 Hanabi: Die Bonus-Plättchen adds six bonus tokens to the Hanabi card game. Shuffle these tokens face down, then place them near the clue tokens. Instead of flipping a clue token when correctly playing the fifth card of a color, flip a bonus token instead and carry out the special action. The action must be carried out immediately. These actions allow the fireworks master (i.e., the oldest player in the game per the ABACUSSPIELE rules) to:


Flip a clue token already used (as in the base game) [×2].
Choose a card from the discard pile and shuffle it back into the draw pile [×2].
Choose another player and tell her the color AND value of a card in her hand (does not require use of a clue token).
Flip up to two unused thunderstorm/fuse tokens to flip an equal number of used clue tokens. 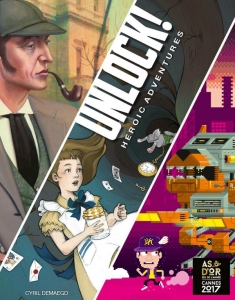 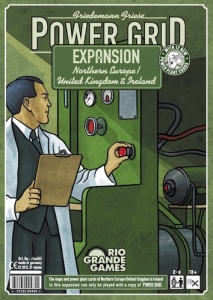