Horses & Stagecoach also features new round cards and a new event to add more fun to the game. Whiskey flasks spread inside the train also enhance the faculties of the bandits. 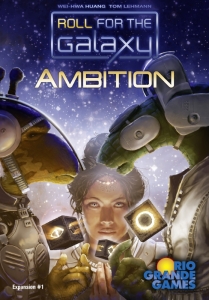 Roll for the Galaxy: Ambition

As the invention of Jumpdrive spreads through the galaxy, new factions arise. Charismatic leaders and entrepreneurs vie to complete objectives and recruit the best minds. Can you expand your faction into the most successful galactic empire?

Ambition is the first expansion to Roll for the Galaxy. It adds new factions, home worlds, and game tiles, two new dice types, and optional objectives to the base game. Newer players should play without objectives for their first few games. 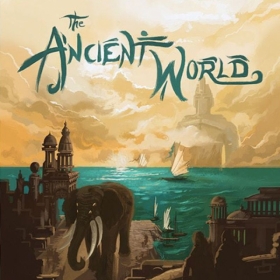 In an ancient world forgotten by time, enormous titans terrorize the land. Five tribes have been fleeing from the titans for centuries, but things are about to change. Growing city-states pledge to end the reign of terror, determined to take on the titans and make the world a safer place for all. Each city-state competes to attract the tribes, eager for the strength of the combined peoples, who are now leaving behind old traditions with the hope that the titans can be defeated once and for all.

In The Ancient World, players compete to grow the largest and most influential city-state by managing citizens, treasury, and military and by defeating titans. Players take turns sending citizens to take special actions or using military cards to attack titans. 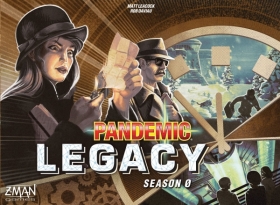 1962 — The Cold War continues as a new threat looms on the horizon, a deadly new Soviet bioweapon, something called "Project MEDUSA". You and your fellow medical graduates have been recruited by the CIA for the critical mission of investigating and preventing its development. Travel the world using carefully constructed aliases to move swiftly between Allied, Neutral, and Soviet cities. Your missions will require you to neutralize enemy agents, acquire specific targets, and set up other CIA agents on location to execute your operations without a hitch. As you complete objectives over the course of twelve months, each success or failure will bring you closer to the truth.

Designed as a prequel, Pandemic Legacy: Season 0 does not require you to have completed Season 1 and Season 2 before diving into this Cold War spy thriller.