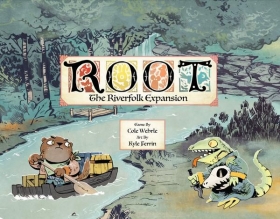 A new faction is added to the forest fray.


This expansion now allows Root to be played with 1-6 players.

Keyflower is a game for two to six players played over four rounds. Keyflower presents players with many different challenges and each game will be different due to the mix of village tiles that appear in that particular game. Throughout the game, players will need to be alert to the opportunities to best utilize their various resources, transport and upgrade capability, skills and workers.
Keyflower, a joint design between Richard Breese and Sebastian Bleasdale, is the seventh game in the "Key" series from R&D Games set in the medieval "Key" land.