"We're raising state-of-the-art facilities in close proximity to cozy residential neighborhoods, fantastic ethnic cuisine, and convenient mass transit. This renovation is going to bring high-end jobs, as well as highly skilled workers, and it's going to improve our quality of life in this city."
–Elizabeth Mills

Second Thoughts is the second Data Pack in the "Spin Cycle" for Android: Netrunner - The Card Game. The time has come for both corps and runners to take a second look at how they want to wage their burgeoning cyberwars. Are the flash and the sparkle of the newest encryption and decryption technologies luring corps and runners away from basic efficiencies? Are basic efficiencies too blunt to counter their opponents' increasingly nuanced strategies?

The time has come to explore new angles, inventive new uses for programs, and the importance of public perception. It's time for runners to become more creative and less obvious with their program design. It's time for the corps to run a two-pronged assault on the whole runner culture, employing lethal new ice and Black Ops teams, even as they bolster their public images with new PR campaigns. Control the message. Control the game. If you can't shatter your opponent's economy, perhaps you can change the nature of the contest. It's time for Second Thoughts. 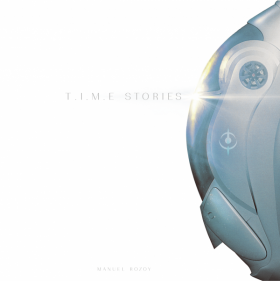 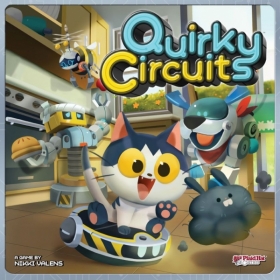 Quirky Circuits is a game of robot programming silliness in which each player contributes to the programming of an adorable robo-friend. But be warned — no one knows which commands the other players will be tossing in! Will you be able to help the little robot complete its task, or will you unleash automated mayhem? Be careful for you'll have to work together before your robot's battery is drained! With 21 scenarios of increasing intensity, Quirky Circuits is guaranteed to provide hours of brain-bending fun. 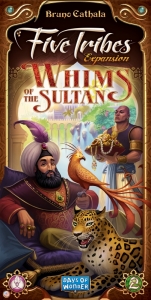 Five Tribes: Whims of the Sultan

The Sultanate of Naqala continues to flourish, and the new Sultan has founded five fabulous cities to take advantage of this time of prosperity — but these cities have attracted more competitors than grains of sand in the desert and the fate of the Sultanate will once again lie in the hand of the five tribes and the powerful Djinns.